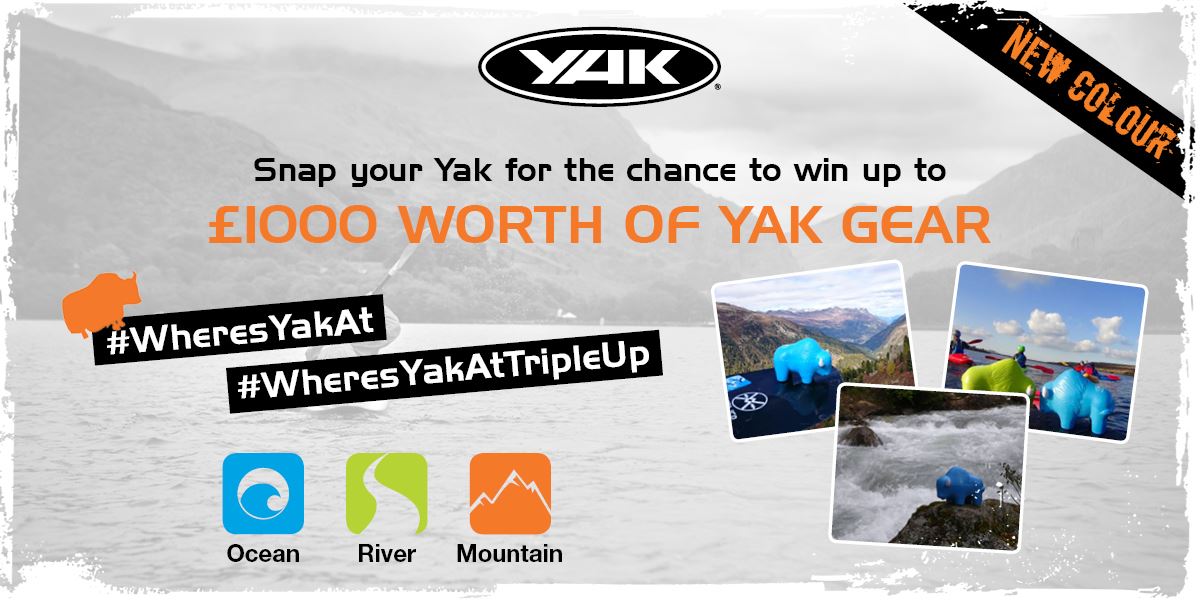 Yak is excited to announce that the popular #WheresYakAt photo competition is back and this time squishy Yak is popsicle orange! Last year’s competition saw the Yaks get up to all sorts of mischief. Not only were they getting involved in paddling adventures but they were also seen coasteering, enjoying a drink (or two!), chilling in a lighthouse and even scuba diving!

The 2017 #WheresYakAt photo challenge promises to be bigger and better with even more Yaks on the loose. Keen photographers and thrill seekers will be in the running to receive a huge bundle of Yak gear with £1000 and £500 Yak vouchers up for grabs, plus loads of mystery prizes for the runners up!

How to enter… Yak is running two competitions* alongside each other, #WheresYakAt and #WheresYakAtTripleUp

#WheresYakAtTripleUp – For the squishy Yak addict who has collected the previous green and blue Yaks!

Both competitions will run from the 27th July to the 3rd December 2017. Yak is looking for the most daring and adventurous squishy yak out there and winners will be chosen based on this as well as photo originality. Winners will be announced during the week of the 4th December 2017 via the Yak social media pages; Twitter and Facebook.

Belong to a canoe club…?

If your club, school or organisation would like to be involved please email yak.marketing@survitecgroup.com to enquire about obtaining the orange squishy Yaks (while stocks last!)