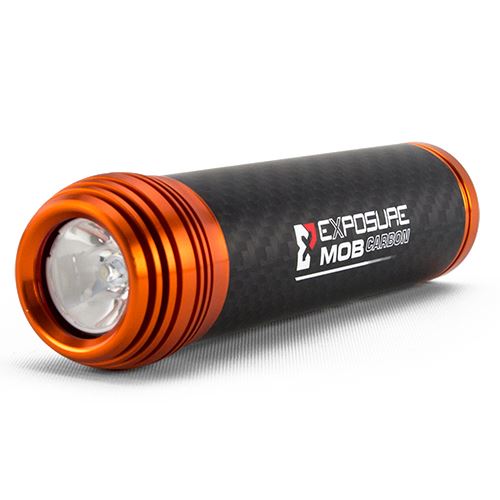 The Exposure MOB Carbon combines a torch and water activated strobe. This compact, floating, LED search light uses a unique combination of aluminum and carbon, never before combined into a hand held light. The MOB Carbon can be used on land and under water down to 5 meters depth allowing maximum versatility.

Keep it in your pocket and use it as a search, trimming and work light. If you fall overboard the light will float to the surface and automatically start strobing at 1 flash every second for up to 20 hours. Alternatively store the MOB Carbon near the helm and if an MOB occurs simply throw the light towards the MOB, it will float, start the strobe and clearly mark the body of water.