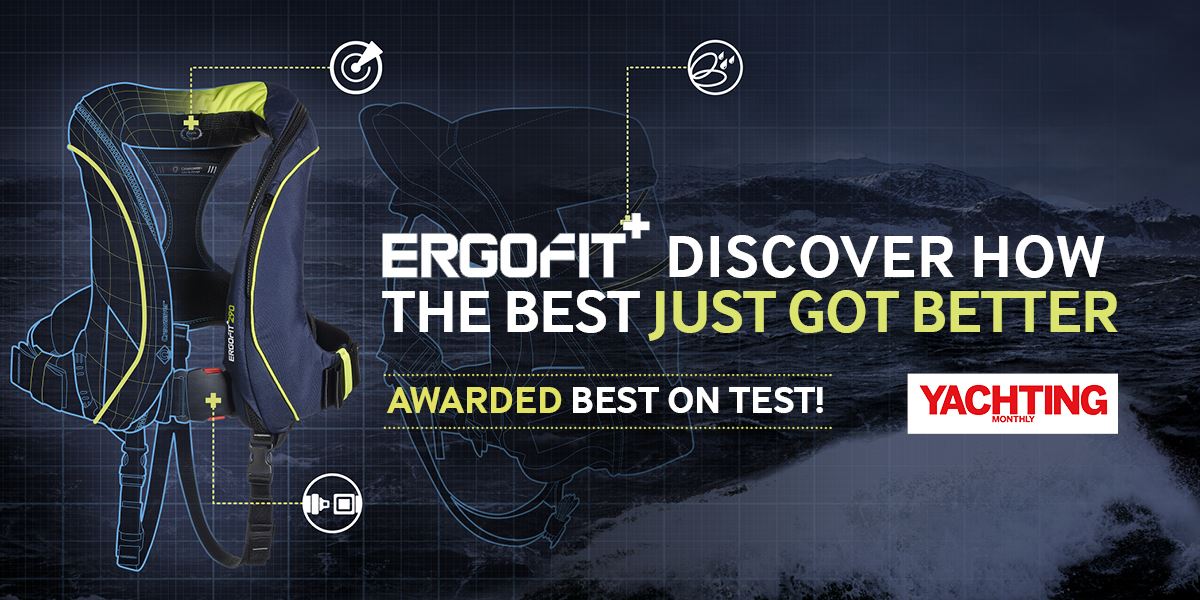 We're delighted to share our wonderful news! Yachting Monthly magazine has announced our new ErgoFit+ as 'best on test' during in-water tests.

The respected UK-based publication carried out a series of ‘in water’ trials on ten of the most cutting-edge lifejackets available to the yachting market and announced the new Crewsaver Ergofit+ ‘best on test’.

“If performance in the water is the most important aspect of a lifejacket, the Ergofit+ 190N was streets ahead of everything else on test,” said Yachting Monthly.

The judges considered the lifejackets in-use functionality and comfort onboard, and then its performance in a man overboard scenario.

Matt Bridge, Crewsaver’s Commercial Director, said: “We are delighted that Yachting Monthly recognises the high level of safety offered by the Crewsaver Ergofit+. We launched the lifejacket as an upgrade to the already market-leading Ergofit range following a phase of extensive research and development with some of the world’s leading search and rescue organisations.”

Available from April this year, the Ergofit+ features a number of advanced features including its sculpted shape, which enables the bladder to distribute buoyancy around the wearer to maximise in-water support and airway protection.

Yachting Monthly said: “It was one of the fastest to inflate, but more importantly it was a good second or two ahead on the rotation test. It was very difficult for the tester to get onto their front to begin the test at all, and they spun over in close to one second.”

According to Yachting Monthly: “The hood has also been redesigned. It needed a tug to deploy but felt like an aircraft cockpit with its double arch keeping the visor well clear of the face, giving good visibility and hearing, with a removable screen to shade the bright light”.

The easily identifiable sculpted bladder can be found in all of Crewsaver’s ErgoFit leisure range – including the ErgoFit+ (190N and 290N), ErgoFit 190N OS, ErgoFit 290N OC and ErgoFit 290N EX. As well as the Crewsaver commercial Crewfit XD Workvest range.